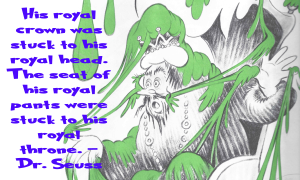 And life goes on. I would like to thank all of you who wrote wonderful comments about my letter to my wife.  I often struggle sharing things like that with anyone, including my wife because I am scared of what the reaction might be.  I did ask her to read it and it brought her to tears, luckily they were tears of happiness.  Some points in my life I get things right.

And then life goes on.  It has been an interesting last couple of days with many parts of my old life wanting to creep back in but luckily I had a good friend talk me off a ledge of stupidity.  So thank you to that person.

Now I would like to share something that happened to me yesterday.  It made me think quite a bit.  I was luckily enough to hang out with a famous professional football player for a while.  He was a very likable guy and I really enjoyed talking with him but for some reason the topic of infidelity came up (not by me) and he had a surprising perspective.

A lot of people who I know, they have a very stereotypical view of athletes, especially super stars as this player.  They view these athletes as narcissistic, meaning they are only in it for themselves.  They have a very narrow view of the world and themselves interacting with the world around them.  Many are perceived as womanizers and they have many different girls in and out of their rooms while traveling on the road, regardless if they are married or not.  I am sure many stars’ (Magic Johnson, Dr. J, Tiger Woods, Derek Jeter,…) behavior can often support this view.  They are not worried about the wife at home because really where is she going to go that she would have a better life.  Plus they look at the wife as replaceable.  I tried to fit as many stereotypes in there as possible.

This player had a much different view and more normal and well-adjusted than I expected and probably more than he even understood.  Someone was talking about dating and the topic of feet came up (okay it might have been a shallow conversation) and he said that he did not like hairy toes.  There were 4 of us standing there talking and one of the other guys asked him why it mattered.  If you didn’t like them just don’t touch her feet.  His reply is what really stood out to me.  He said that he wanted his wife to be what he always wanted.  He knew that his current wife liked having her feet massaged.  So he wanted to want to touch her feet.  So he avoided dating Hobbits. While he does not particularly like feet, he wanted to do everything he could for his wife to make her feel special so that she would not cheat on him.  He went on to explain that if your wife does not feel special you are opening a pathway to cheat.  Instead, if you make her feel valued and that she is the only thing you think about every moment of every day then she will not want to go anywhere else.

He was afraid that while he is on the road that his wife would have opportunities to cheat on him and he wanted her happy enough with him, and their relationship that the thought would never cross her mind.  Nobody in the group asked him why he was afraid of her cheating when he was the super star.  He was the desirable one.  He was the special one with special talents.  He was the one that should be showered with attention so he didn’t stray.  The topic was soon changed but I thought about what he said with my deep dark thinking hat and took a lot away from that conversation.

The first thing I got was the frame of reference was important.  What I mean is that he was worried about doing things to make his wife feel special so she would not stray.  His point of focus was on his wife and her feelings.  Not on himself and staying true to his words and vows.  I really think that there is a big difference between them.  For example, I do a lot of training of coaches, managers, teachers,… and one of the things that I teach is to use the appropriate words when giving constructive criticism.  If you are coaching a basketball player and you have a player who constantly jumps for a fake shot.  Many coaches will yell at the player “don’t jump”.  The problem is that the players reference point and focus is on the word “jump”, so usually the end result is the player still jumps.  If you change the reference point through a positive action oriented statements you will get better results.  So you might say ” keep your feet moving” or “stay in front of him”.  Both provide information the player can focus on to get a positive result.  I think he was unknowingly applying the same principle here.  He was focusing on making his wife feel special and happy so the end result would be her not cheating.  He never said don’t cheat.  he did not treat her like a cheater.  Instead he focused on preventing her from cheating without using destructive approaches.  He could have had her tracked, checked phone records, asked about every minute of her life.  He could have made her feel like she was a cheater without ever actually doing anything because of his insecurity.  Instead his reference point was positive and action oriented to get the result he wanted, a happy wife who thought about her special husband.

The other thing that I took away from that conversation is a person’s value is determined by how one views yourself and the things you do for others and how you perceive them valuing those things.  He could have looked at himself as this super star that is above everyone and has so much more value than the people around him and his wife.  Because he was worried about his wife cheating (maybe not the best choice of words) he saw himself as her equal and therefore needed to work to believe his wife valued him.  If he did not make her feel valued by him then she may begin to see reasons to stray.  He wanted to do special things for her which made him feel valued and he perceived her valuing him for those actions.  By doing things for her, he felt like she would value him more, therefore he saw value in those activities, which when done, increased his perception of his own value to his wife.

While this concept may be difficult to understand it is not determining your value from others.  Instead it is determining your value based on things you do and how much you believe they might value them.  An example might be that for Mother’s day you get your wife a bouquet of roses.  While your wife may like flowers, you may perceive the of giving her flowers as having little or no value because of the amount of effort and thought you put into it.  What you really don’t know and really doesn’t matter is how your wife really feels about the flowers.  She may really love that you 1. remembered mothers day, 2. remembered that she liked roses, 3. that yellow ones are her favorite, and 4. that she loves them in a box, not wrapped because she thinks they last longer.  So she may have valued them much higher than you did.   You may not have even processed all these things  and accounted those thoughts in generating the value attributed to the action.  A simpler way of saying it is, you get out of something what you put in.  If you put in the effort to make someone feel special and valued (at least in your eyes) then you feel valued yourself because of the effort you put in and your perception of the action.

The other small thing that I also got out of it is that love touches us all.  He loved his wife and did not want to give her reasons to leave or stray.  He wanted her to feel special so she would keep her focus on him.  He wanted her love and attention.  He wanted all the same things we all want.  Even with all the millions of dollars he has, he wants the simple things that you cannot buy and that everyone else is looking for as well.  In the end we all want to be loved, rich or poor, smart or a politician, dirty or clean, young and old, we all want to be loved and valued.  We want the attention from those we love.  We want to give attention to those we love.  We want to be someone’s special….anything.

This site uses Akismet to reduce spam. Learn how your comment data is processed.